Fjällräven Young Player of the Year

Globetrotter Coach of the Year

Hanwag Club of the Year

The winners will be announced prior to the Fenix Outdoor European Hockey Awards dinner in Prague, Czech Republic on June 13, 2017.

About the Alliance of European Hockey Clubs: The alliance was formally founded on 13 June 2016 at the E.H.C.´s first Annual General Meeting in Berlin, by some 70 clubs from 13 European countries. Ice Hockey thus became the third major European team sport, after football’s European Club Association (ECA) and Forum Club Handball (FCH), to found a club alliance with the mandate to look after and promote the interests of the professional hockey clubs and represent them internationally. The E.H.C. currently has 80 member clubs from 13 European countries.

About Fenix Outdoor Group: www.fenixoutdoor.se is an international group of eight outdoor brands; Fjällräven, Tierra, Primus, Brunton and Hanwag (development and production of outdoor gear and apparel) while Naturkompaniet (SWE), Partioaitta (FIN) and Globetrotter (GER) make up Fenix’ retail division. The company is listed on the Nasdaq OMX, Stockholm, Mid Cap. Fenix Outdoor was founded in 1967, with Fjällräven founded in 1960 by Åke Nordin in Örnsköldsvik, Sweden. The iconic popularity of the Kånken rucksack has reached global proportions. 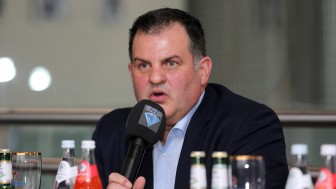 New alliance of clubs to be founded as "benefit" for European hockey ...